I wanted to do a second followup post on the TMC 531. In my original post I spoke briefly about the merits of the 531. I also mentioned to be mindful of the fine wire on this hook and that care must be taken with larger fish. The photo below shows a recent 18" brown taken on a TMC 531 #16. Noticeably the following photo of the actual fly the trout was taken on shows the hook bent to about the 4 or 5 o'clock position. The hook still held the fish securely till landing. For picky large browns the venerable TMC 531 is a great choice. 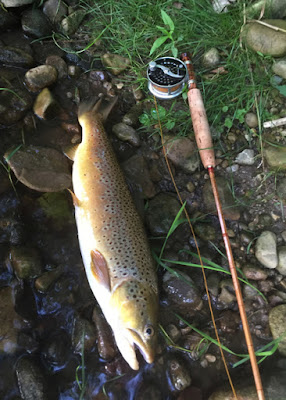 above: A large Mad River brown taken on a #16 Biot Wing Caddis (BWC)
below: The fly it was taken on using a TMC 531, still in tact and held till landing the fish. Notice the the deformation of the hook gap. 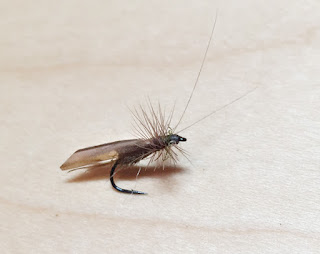 Posted by Clint Joseph Bova at 7:32 AM