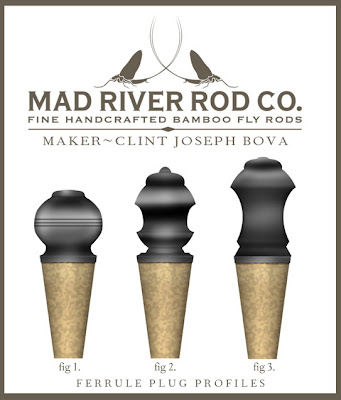 Ferrule plugs come standard on all of my rods and I offer three basic patterns. Ferrule plugs keep dirt, dust, and moisture from getting into your female ferrule. Plugs come in handy when packing rods into remote areas especially if you are camping. Campsites increase the opportunity for dirt to work it's way into just about everything and the last thing you want is dirt jammed into your ferrule. I turn these plugs with extremely small cutting tools under a magnifier. 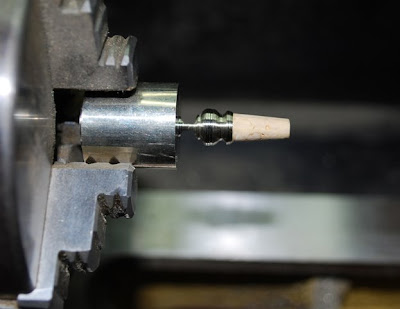 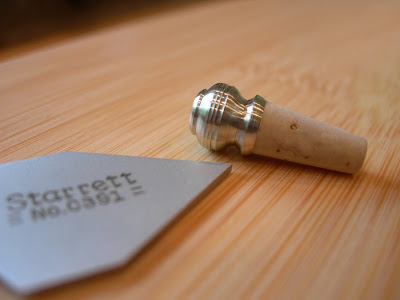 All ferrule plugs are solid milled nickel, either polished bright chrome, or blued. The cork stopper provides an easy fit without wearing the interior of the ferrule.
~Clint Joseph Bova
Posted by Clint Joseph Bova at 10:50 AM 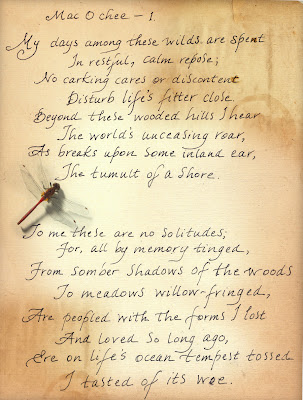 written from the banks of the Mac-o-chee Brook, 1850
(click on image to make bigger)
Some call it Mac-o-chee, some call it Mac-o-cheek. The Shawnee who lived along this little stream were the Mecoche tribe which translates to Smiling Valley. The Mecoche tribal Chief was Moluntha who was captured and murdered later after he defeated 182 Kentuckians at the Battle of Blue Licks in 1782. My ancestors intermarried with this tribe (French & Indian) so the Mecoche people hold a special place in my heart. Most of my ancestors are buried in present day West Liberty and Bellefontaine Cemeteries.
~Clint Bova
Posted by Clint Joseph Bova at 8:18 AM