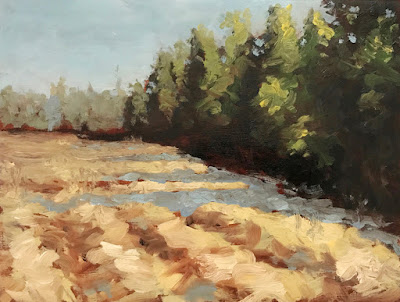 Contact Cedar Bog Nature Preserve at 937-484-3744 or cedarbog@ctcn.net to learn how you can participate.

The Infamous RS2 and Beyond 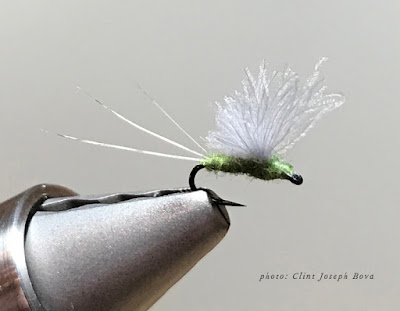 above photo: One of my RS2 patterns, tied with three fibers of coq de leon, CDC puff, and dyed beaver belly using Ritt dyes.
The RS2 has been a deadly combination of materials and proportions for quite some time. For over forty years this fly has been a “last ditch fly” for many anglers. The RS2 is a fly that I have tied in many variations using a multitude of different materials both synthetic and natural. Rim Chung who originated the fly opened the floodgates and introduced a CDC fly that really could fool the most weary of fish.
After many years of fishing this fly and its many variations like many anglers I have some some common theories about it. One is that the RS2 could very well be imitating a cripple. Because its thorax is so close to the surface film and there are no hackles on the pattern the shuck may very well be represented by the CDC puff. Contrary to this theory the pattern has a completely exposed or freed tail and often the tail is still trying to escape after the body has broken free of the shuck. As far as imitating an adult fly I suppose its up to the imagination of both you and the trout. Regardless I have had great success with this fly in all kinds of circumstances.

Beyond the RS2 there is a lot of experimentation that an angler can immerse themselves in. While not trying to imitate an adult fly directly or rather in a traditional sense I reflect upon some of Vince Marinaro's theories and patterns and reinvestigate combinations of thorax patterns. A fly I have successfully used for a while is a hybrid of Rim's pattern and Vince's thorax patterns. What I have come up with is a fly that floats flat in the surface film, bears a pronounced thorax, wings, V-cut hackles, and a fine fanned tail using 2 or 3 coq de leon fibers or bristles from a sable brush. 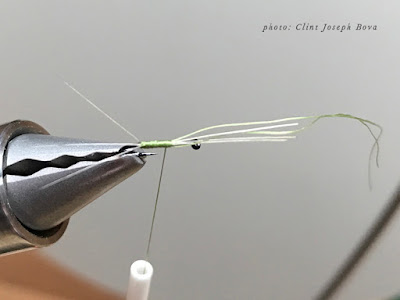 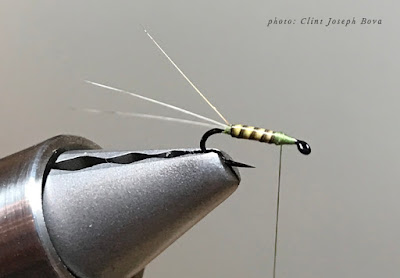 above photos: Step 1/A dyed peacock quill, and two or three fibers of coq de leon separated by a strand of lose thread on a #20 TMC 531 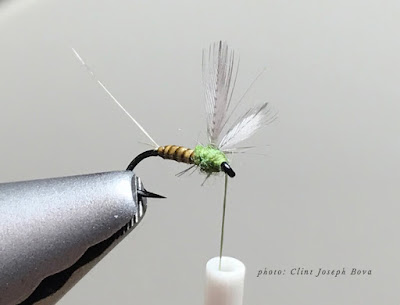 above photo: After tying in hen tips for wings, dub in a thorax using dyed beaver belly, the football shaped thorax is important to get the hackle fibers to splay out sideways. 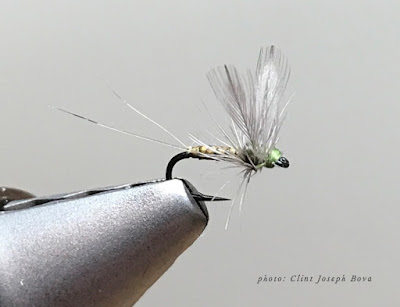 above photo: Two or three turns of hackle is all that is needed to finish the fly, one directly behind the wings and one directly in front.

This pattern has served me well and has been just as deadly as my RS2 patterns. It is a relatively easy pattern to tie, and see, and floats well right in the surface film. With the elimination of the CDC I have observed nothing out of the ordinary and with the addition of the peacock quill nice segmentation is achieved. I carry these two patterns in my fly box year round in all sizes and color combinations. I will always continue to tinker with this fly...its what keeps me both on the water and up all night!
~Clint Joseph Bova

Posted by Clint Joseph Bova at 9:59 AM