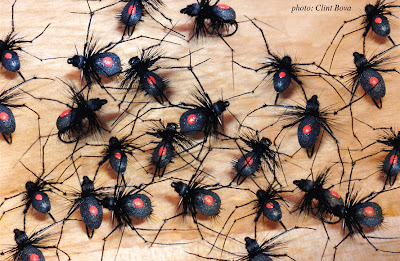 Fishing spider patterns is a favorite activity of mine in the late spring, summer and fall. Many of the spring creeks that I frequent have adjacent fields of corn, soy, feed grass, as well as tall overhead trees and brambles. Spiders are prolific here and as much as I hate them I do love fishing with them. I have tried many patterns over the years most of which were not my own. Most of them were either too clunky, too overdressed, or just downright stupid looking. If I were to cast a wad of sheet foam and rubber bands to a big Brown on most of my usual digs I would be typecasted by most of the coherent fish instantly. After years of hit and miss I settled on my own pattern that just seemed to meet my criteria as well as the Trouts.

When your standing in a “hot river” in the middle of the day and you spot a massive brown that just will not budge for the most ingenious morsel you have in your box whip out a spider. Spiders are protein intensive, they are like baklava on a silver platter. Arachnids are simply irresistible to most trout. I have found that they will move across a spooky pool for a shot at a spider snack. The strikes are jolting and very deliberate. Here is my simple pattern that you can tie in less than ten minutes with a little practice and the right materials. 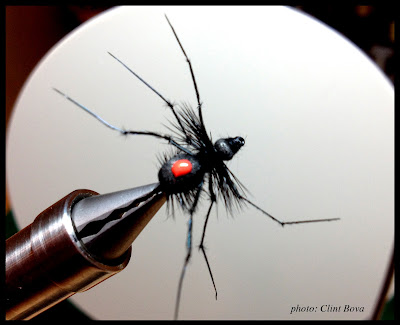 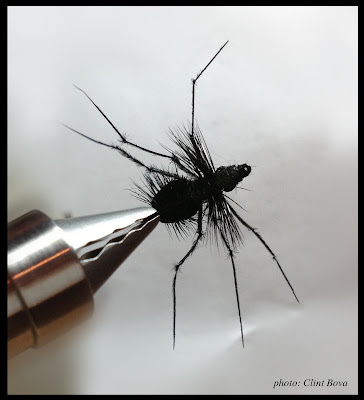 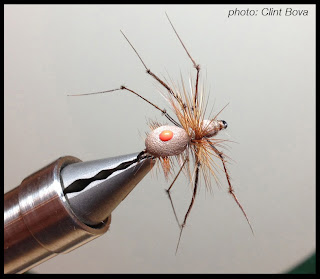 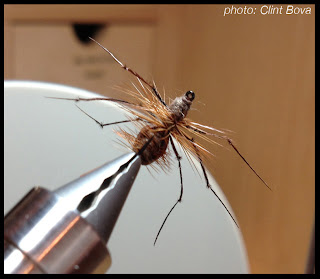 This pattern has always been a great stand by when nothing is on the surface or the fish simply will not budge. Once you get the hang of setting the legs its quite simple to tie and I have passed this fly on to other fishermen on the most frustrating days with great success.