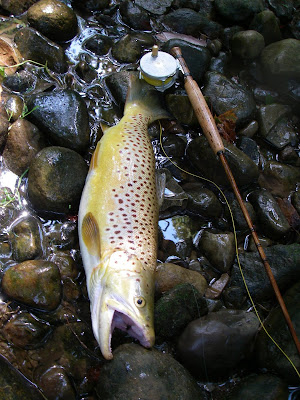 At age thirteen I was a diehard ultralight fanatic armed with a wee Abu Garcia spinning reel spooled with four pound Maxima mono and a cork handled 5’6” fiberglass Shakespeare rod. Growing up on the South Shore of Oahu was an incredible classroom for playing very aggressive saltwater fish on light tackle. I caught my first Marlin at age eleven which dwarfed my smallish frame as well as the 9/0 reel that I caught it on. When I caught my first Mahi Mahi at age eleven on very light tackle I got the fever for life. The O’io, or bonefish was not the fiercest or most popular of quarry’s, the Papio, or Juvenile Jack Trevalle and the Ulua, or adult Jack Trevalle are really the signature sporting fish of the islands. Open any “Hawaii Fishing News” publication (www.hawaiifishingnews.com) and you will realize the fanatical clubs that revolve around this particular species. However small or large these fish will leave you weak in the knees after stripping your reel clean and making off with four weeks of your allowance money in the form of monofillament.

We loved and honored all these fish and actually in the valley we grew up in, Niu Valley, every one of our streets was named after a fish. There was Mahi Mahi street (dorado), Nenue street (rudderfish), Opakapaka street (red snapper), Aku street (skipjack tuna, Ono street (Wahoo), Malolo Street (flying fish) etc... So I actually learned the Hawaiian names for fish before I knew what the English names were. Today I still make reference to this day by their Hawaiian names. The take away from growing up in Hawaii’s saltwater environment and moving later in life to a fresh water world is that in saltwater you experience pound for pound some of the most sporting fish in the world. It really cannot be argued until you have actually fought either an 8 lb. or 80 lb. Jack Trevalle. Both are simply terrifying on light tackle. I watched a friend of mine in the flats in front of my neighborhood fight a large Papio (probably no more than seventeen inches in length) it made two violent runs at break neck speed and snapped his rod like a toothpick. My friend started crying, he was shaking like a leaf and being boys of only thirteen years old at the time we simply felt defeated by these beasts time and time again. It became a regular occurrence to either have your reel stripped clean or rod broken. As we grew older we learned how to play the fish more efficiently and prepare ourselves emotionally for sudden bouts of these piscatorial meltdowns. I was lucky enough to have a mother and father that allowed me to go out for days at a time and fish in some very dangerous waters off of Molokai and Oahu at such a young age. If you asked my father what I looked like when he handed me my first fishing rod he would probably laugh. We were taking a long weekend off to go out to Pats at Punaluu a small Kamaaina motel back in the early 70’s. It was on the winward side of Oahu and the area was prime Papio (juvenile jack trevalle) and O’io fishing  (bonefish). He handed me my first fiberglass rod on the beach and I was so excited I could barely thread the mono through the guides and work the skirted reel. I remember I was about nine years old at the time and I was casting like I was batting in the World Series.

At age 43 monofilament has long given way to fly lines and bamboo rods with fairly traditional light reels. Lures have transcended into hackled dry fly’s no bigger than a fingernail, and emotionally, well let’s just say I still cry if I lose a twenty inch Brown trout. Having an extensive background in saltwater fishing has helped me later in life. I often shudder when I read or hear other fly fisherman talking about smallish fly rods as being “dangerous” to fish. I think if you took this opinion to the late great Lee Wulff or even Vince Marinaro they would dress you down pretty quick, and as I recall they both were fairly environmentally conscious men that loved smallish rods. The fact of the matter is that it takes no longer to bring in a fish on a 6’ rod as it does on a 8’ or 9’ rod of the same weight and tippet diameters. If the fish is played correctly you can bring it in as quickly as you want. If you walk a St. Bernard or a Shitzu both can give you equally a hard time on a leash, it’s how you lead them and hold the leash that matters. I always use the dog walking metaphor because it really holds true in regards to playing the head of the fish not the body. With a small 6’ or 7’ bamboo rod you can leverage a large fish with the right leading language. The Jack Trevalle will teach this lesson very quickly, on any tackle. Having been punished time and time again by such aggressive saltwater fish growing up made me go down an internal list of criteria in my head when I’m playing a large Trout or Salmon on light tackle. I would definitely say being from the islands that the Brown trout is a formidable fighter. Like the smallmouth bass (hold my tung and wait) the Browns personality is pretty aggressive at 15” and up. After landing a large fiesty Brown trout I often murmer under my breath, “wow, your a Jack in Brown trout clothes”